NozzlePRO addresses many needs of PVP engineers working in today’s market.
Typical pressure vessel design codes, such as ASME Section VIII, cannot address all design cases. For instance, external loads on nozzles are not addressed within the Code. In such cases, engineers need to go outside of the Code and apply recognized design procedures such as finite element analysis using NozzlePRO. Simplified calculation methods commonly used in the PVP industry such as WRC 107/297 are based on limited test data and are known to be inaccurate in many cases. NozzlePRO provides realistic
answers for all cases. 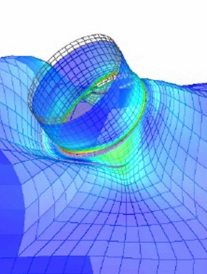 Model Generation
New Drawing Tools allow for graphical “CAD-like” modification of shell model details and addition of model components. Interactive Output Processing – MimOut Multiple models can be reviewd simultaneously on a regionby-region basis. All reports can be sent to Word or Excel.

PRG ran a series of fatigue tests tracking crack propagation. This data, in conjunction
with past theories of crack initiation and propagation were used to develop an algorithm
based on the stress level to predict the mean cycles to through wall crack. If the elastic
Level 3 analysis fails, then an elastic-plastic method can be used to satisfy the code
(based on ASME Section VII-2 Part 5. 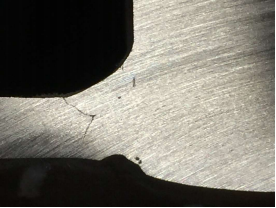 These modules were designed to add increased ease-of-use & design for the most common analysis needs and are included with an active NozzlePRO v12.0 service plan.

The latest news on WordPress.com and the WordPress community.